The sound examples on this website demonstrate the performane advantage of a joint spatial-spectral nonlinear filter TMMSE in comparison with the classical combination of a linear beamformer and a spectral postfilter, referred to as TMVDR-MMSE. We provide sound examples for the following experimental settings: 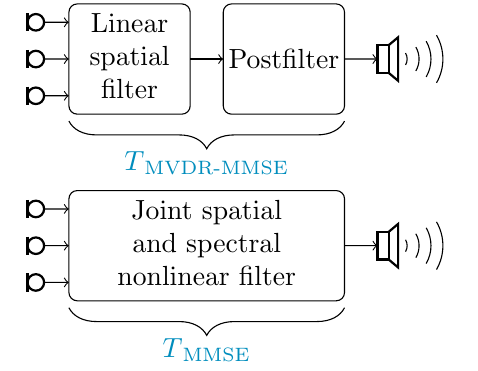 The experimental setup is illustrated by the figure on the right. A target speech source is placed in broadside direction of the two-dimensional microphone array and five directional interfering sources are positioned as indicated by the black boxes. Here we use non-overlapping Gaussian bursts as interfering signals. 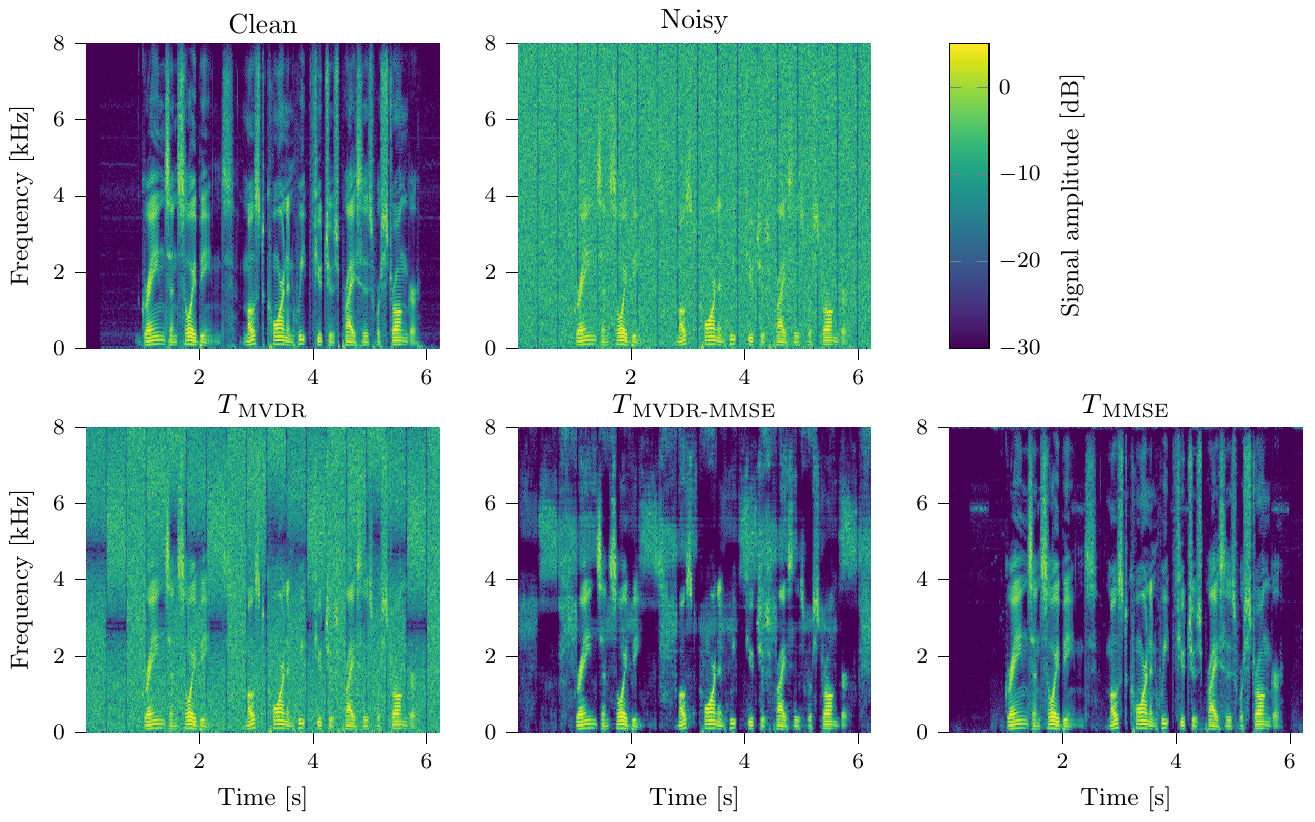 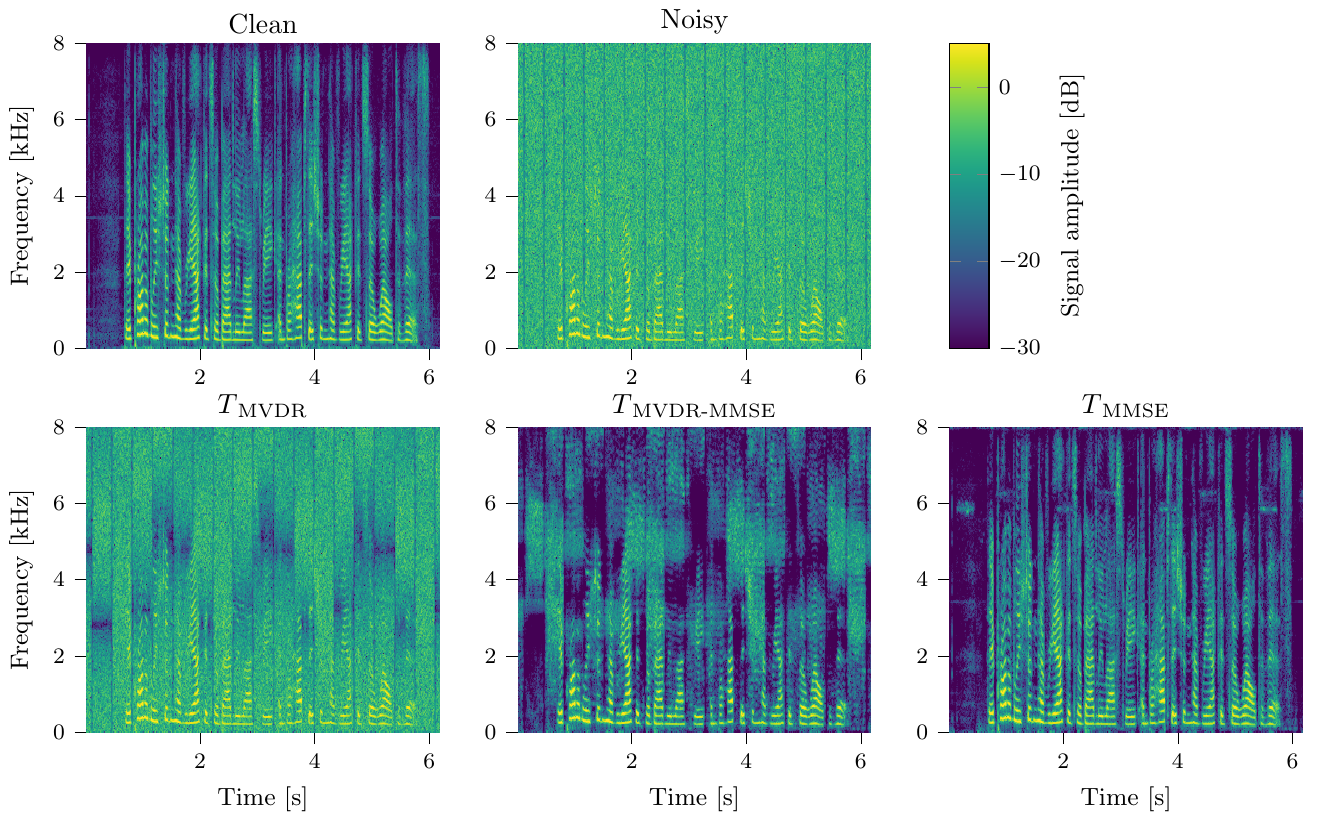 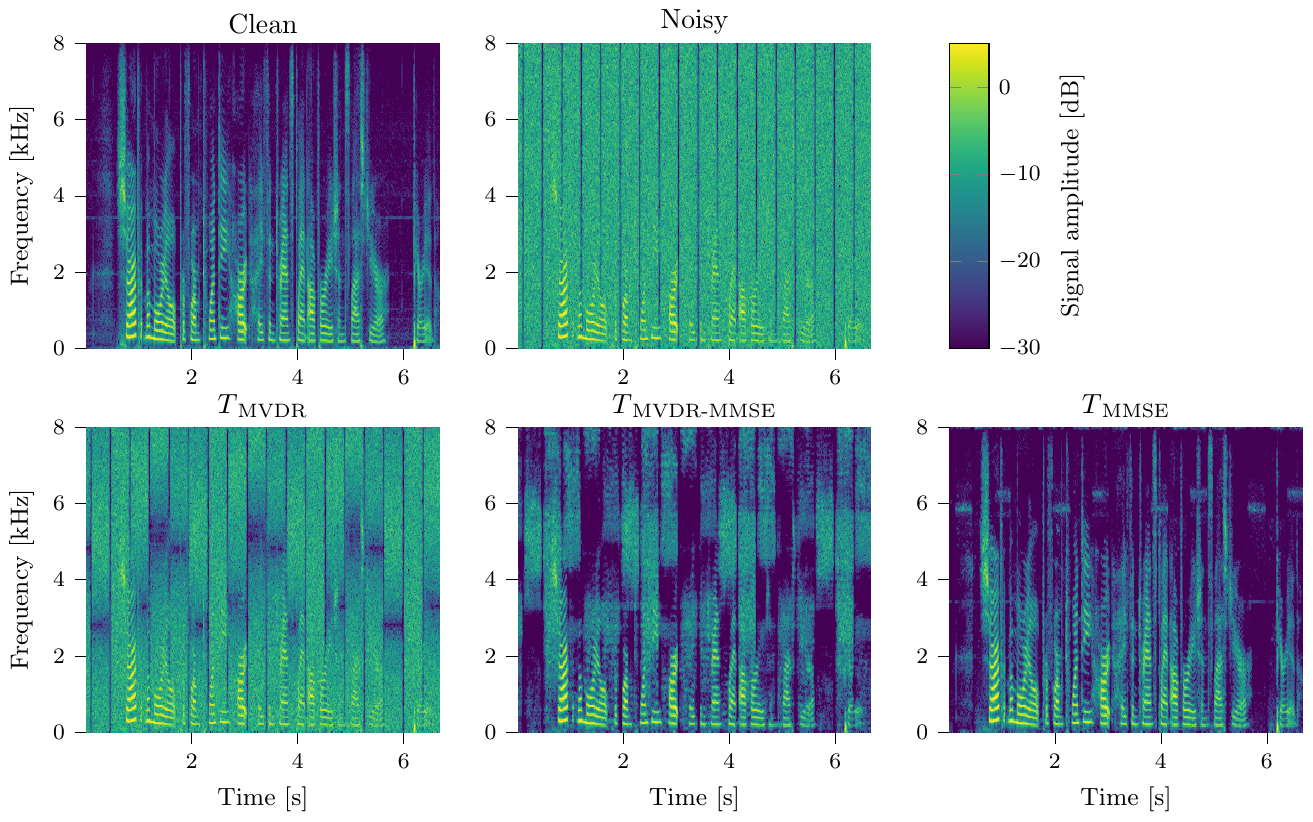 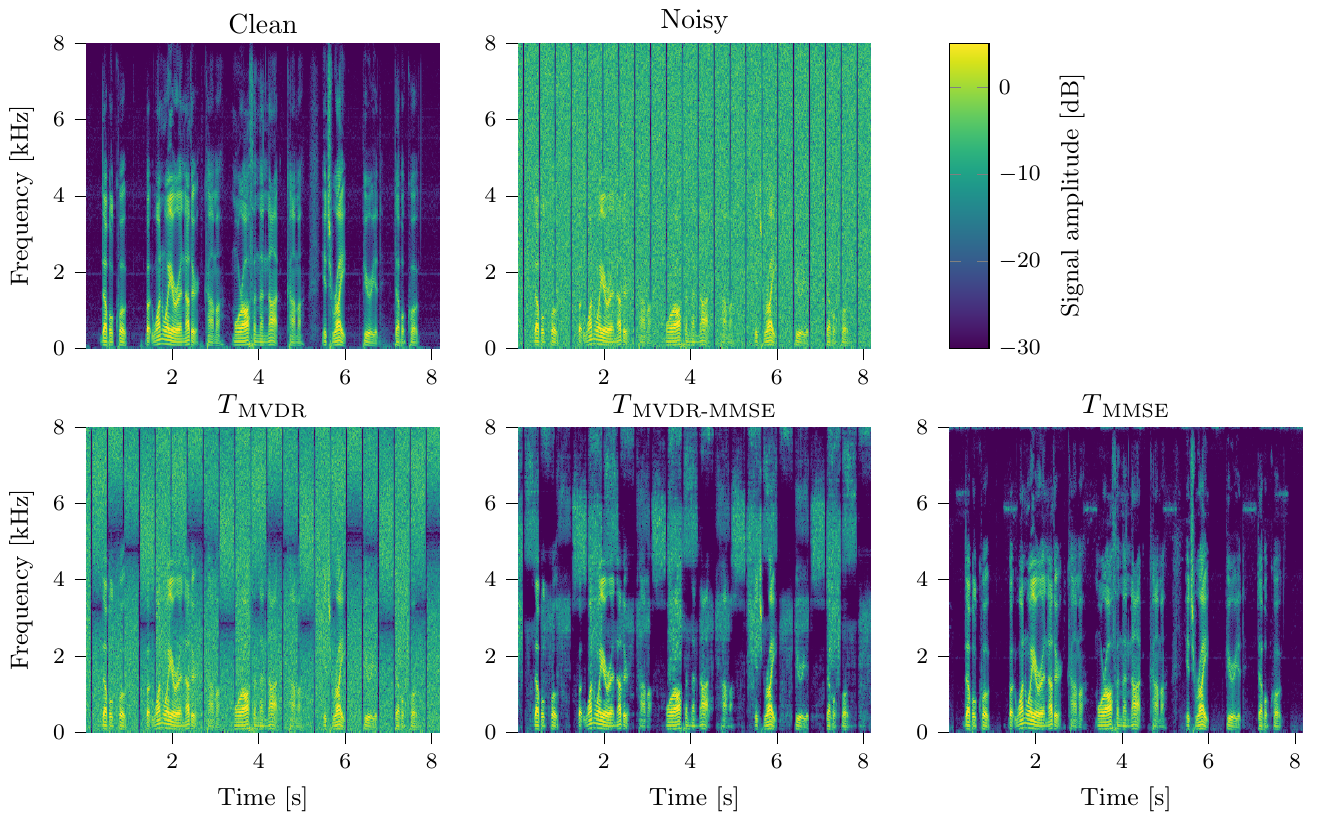 The differences between the proposed spatially nonlinear TMMSE and the classical combination of a linear beamformer TMVDR-MMSE are most obvious for directed impulsive noise as the clattering of dishes in the cafeteria noise examples.