Speech is one of the most natural forms of communication for human beings and poses an effective tool to exchange ideas or to express needs and emotions. Due to technical advances, speech communication is no longer restricted to face-to-face conversations but is also performed over long distances, e.g., in the form of telecommunications, or is even used as a natural way for human-machine interaction. As computationally powerful computer hardware has become available to many users, the number of speech processing devices such as smart phones, tablets and notebooks has increased. As a consequence, speech plays an important role in many applications, e.g., hands-free telephony, digital hearing aids, speech-based computer interfaces, or home entertainment systems.

With the increasing usage of mobile devices, also the demand for processing algorithms is constantly increasing. In many speech processing applications, one or more microphones are used to capture the voice of the targeted speaker. As the microphones are often placed at a considerable distance from the target speaker, e.g., in hearing aids or hands-free telephony, the received signal does not only contain the sound of the target speaker, but possibly also sounds of other speakers or background noises. Understanding speech becomes increasingly difficult, if additional sounds interfere with the desired speech sound, especially with increasing level of the interferers. Also moderate amounts of background noise that may not effect the intelligibility can reduce the perceived quality of speech.

Speech Enhancement in the Fourier domain

In this section, a general STFT-based speech enhancement procedure is presented, which is shared among many single-channel enhancement algorithms. If speech is recorded in a noisy acoustic environment, e.g., as shown in Figure 1, the employed microphone does not only capture the clean speech time-domain signal \({{s}_{t}}\) but also the background noise signal \({{n}_{t}}\). Here, \({t}\) is the sample index. Under some mild constraints, the interaction of sound waves is physically well described by their superposition as shown in Figure 1. 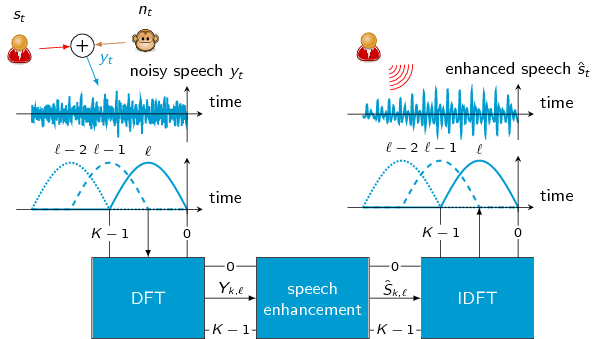 Figure 1: Block diagram of a speech enhancement algorithm operating in the STFT domain

For the estimation of the speech and noise PSDs, non-machine-learning methods can be employed. Based on the assumption, that the background noise changes more slowly than speech, carefully designed algorithms have been proposed for this application. However, also machine-learning approaches can be used to obtain these quantities, where the properties of speech and noise are learned from representative data before the enhancement step.

Our research concerns all parts of the block diagram in Figure 2. Our solutions are based on statistical models and Bayesian theory or employ neural network based machine-learning methods.

In our recent research, we focus on combining machine learning and statistical signal processing to obtain an improved robustness in unseen noise situations both for supervised machine learning approaches, but also for unsupervised approaches such as the Variational Autoencoder for Speech Enhancement.

When multiple micophones are available an  exciting research question is Machine Learning, Artificial Intelligence and Deep Neural Networks can be employed to obtain Nonlinear Spatial Filtering, i.e. a nonlinear joint spatial-spectral filter instead of the traditional concatenation of a linear spatial beamformer and a (nonlinear) postprocessor.

The simplest Gain function is the Wiener gain \[ {{G}_{{{k}, {\ell}}}}= \frac{{\Lambda^{s}_{{{k}, {\ell}}}}}{{\Lambda^{s}_{{{k}, {\ell}}}}+ {\Lambda^{n}_{{{k}, {\ell}}}}} \] which is the MMSE optimal estimate of complex speech coefficients assuming that speech and noise follow a circular complex Gaussian distribution. More sophisticated estimators arise when estimates of functions of the clean speech coefficients are estimated or different assumptions on the underlying distributions are made. For instance, it has been argued that estimating compressed spectral amplitudes may be perceptually more meaningful than estimating complex speech coefficients. Furthermore, it has been shown that speech signals rather follow heavy-tailed super-Gaussian distributions rather than a Gaussian. Further, a wide range of phase-aware signal processing techniques have been presented in [5]–[9]. These range from methods to estimate clean speech phase [5], [6] to phase-aware clean speech estimators [7]–[9]. Further information about this topic can be found here.

[1] T. Gerkmann and R. C. Hendriks, “Noise Power Estimation Based on the Probability of Speech Presence,” in IEEE Workshop on Applications of Signal Processing to Audio and Acoustics (WASPAA), 2011, pp. 145–148.

[4] T. Gerkmann and R. Martin, “On the Statistics of Spectral Amplitudes After Variance Reduction by Temporal Cepstrum Smoothing and Cepstral Nulling,” IEEE Transactions on Signal Processing, vol. 57, no. 11, pp. 4165–4174, 2009.