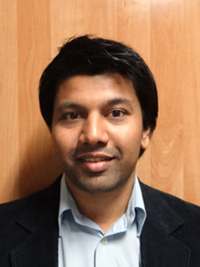 Semantic technology, once a niche academic endeavour, has evolved to the point of becoming an important asset for big organizations and enterprises. Yet, it remains unclear how to relate existing knowledge graphs to the vast amounts of text and structured data available online. In this talk, I will argue that this challenge calls for a move towards more cognitive approaches, including 1) better knowledge integration methods, 2) an increased reliance on linguistic knowledge, and 3) neural modeling. The talk will showcase several of our contributions towards this goal. These include our work on large multilingual knowledge graphs  such as the Universal Wordnet, on integrated semantic resources such as FrameBase, and on large-scale common-sense resources such as WebChild.

Gerard de Melo is joining Rutgers, The State University of New Jersey as an Assistant Professor in the Department of Computer Science. He previously served as an Assistant Professor at Tsinghua University, Beijing, heading the Web Mining and Language Technology group. Over the years, he has published over 70 research papers, with Best Paper awards at CIKM 2010, ICGL 2008, and the NAACL 2015 Workshop on Vector Space Modeling, as well as an ACL 2014 Best Paper Honorable Mention, a Best Student Paper Award nomination at ESWC 2015, and the WWW 2011 Best Demonstration Award, among others. Prior to joining Tsinghua, de Melo had spent two years as a Visiting Scholar at UC Berkeley, working in the
ICSI AI group. He received his doctoral degree at the Max Planck Institute for Informatics. For more information, please refer to his home page at http://gerard.demelo.org.