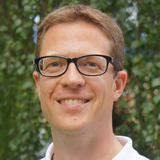 In low-power wireless networking, new applications such as cooperative robots or industrial closed-loop control demand for network-wide consensus at low-latency and high reliability. Distributed consensus protocols is a mature field of research in a wired context, but has received little attention in low-power wireless settings. In this talk, I present Wireless Paxos and A2: Agreement in the Air, systems that bring distributed consensus to low-power multi-hop networks.
In the second part of the talk, I will focus on Low-Latency Wireless Networking: Bluetooth is an omnipresent communication technology, available on billions of connected devices today. I will present BlueFlood, which brings concurrent transmissions, to Bluetooth. The result is fast and efficient network-wide data dissemination in multi-hop Bluetooth networks. Moreover, I will show that BlueFlood floods can be reliably received by off- the-shelf Bluetooth devices such as smartphones, opening new applications of concurrent transmissions and a seamless integration with existing technologies.